For industries that are exposed to combustible materials, it’s important that the communication devices you use do not become an ignition factor. All electronic devices give off electrical sparking and excessive heat. Those sparks and heat have the potential to combust when exposed to flammable materials.

What Does Intrinsically Safe Mean?

Motorola intrinsically safe radios prevent combustion in hazardous environments by eliminating the amount of spark or heat they produce. They are designed in a way that prevents materials in your work environment from becoming combustible.

Intrinsically safe means that you can trust your radio will not become a safety hazard in an already hazardous environment. The radio’s housing design keeps the device’s temperature low or normal in any environment, with the battery fully enclosed.

GET A FREE SYSTEM EVALUATION

IS YOUR CURRENT SYSTEM OPERATING AT PEAK EFFICIENCY?
Get Started

Industries that are exposed to combustible materials such as vapors, dust, or flammable chemicals and gasses like oil, gas, & mining, manufacturing, utilities, and transportation & logistics business may be required to use intrinsically safe radios.

Other industries that would use Motorola intrinsically safe radios in include:

According to The National Electrical Code (NEC), NFPA 70 hazardous locations are areas, “Where fire or explosion hazards may exist due to flammable gases or vapors, flammable liquids, combustible dust, or ignitable fibers or flyings.”

These hazards are broken down by classes, divisions, and groups.

Division 1: Locations where ignitable gas/vapor/liquid/dust are present continuously or some of the time under normal operating conditions

Division 2: Locations where ignitable gas/vapor/liquid/dust are not likely to exist under normal operating conditions

Class III Fibers has no subgroups

This cost-effective portable radio series is built tough to withstand the drops and shocks that can occur on the job site. With HazLoc certification when purchased, this series offers enhanced audio quality, farther range, better battery life, and IP67 waterproofing so you can count on this radio in the field.  Other features include: 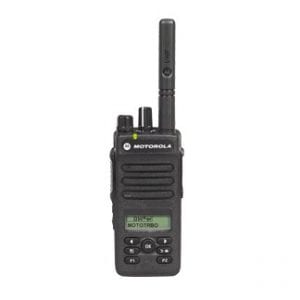 The Motorola APX NEXT P25 XE radio is designed for mission-critical communications for police, firefighters, and EMS - offering easy coordination with other agencies and for emergency response. The APX NEXT XE radio brings the ruggedness you expect from Motorola with the industry’s most advanced technology to keep first responders and the public they serve safe.  Other features include: 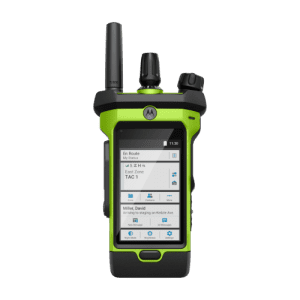 If you’re in an industry that faces hazardous work conditions, Motorola intrinsically safe radios and their accessories can keep your workers safer. Try building your own custom two-way radio system with our free interactive Motorola Radio Selector Tool.